The IDNT compute instances are much more than just high-performance server systems.
With an IDNT compute instance, you get access to our numerous cloud services at the same time, making manual implementation of many other required additional services superfluous.
This not only increases the security and reliability of your application, but also saves the necessary resources and therefore your financial costs.

We support almost all common operating systems and distributions. Whether Microsoft Windows or Linux, our team is 100% at home in both worlds and will be happy to support you with all your administration and configuration tasks. The following overview shows you the cloud services available with the respective operating system:

The IDNT Local Storage hosts the operating system itself and provides the fastest storage space. This consists of storage arrays that are connected directly to the host system and which guarantee the highest possible availability through RAID level 6 or RAID level 6+0. Serial Attaches SCSI (SAS) systems with an intelligent mix of classic and solid state disk (SSD) based data carriers are used.

The IDNT Cluster Storage provides cost-effective, fast and flexible network storage. This is designed redundantly and is especially suitable for large data sets.

The IDNT Virtual Filesystem allows you to organize any directories of any system into a virtual directory tree. This means that your users no longer need to know the exact location of data, but can access the desired information in a targeted and clear manner. 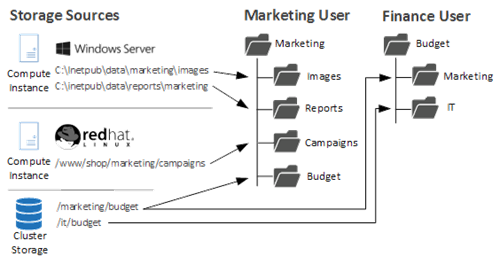 We make SSL simple and fast

When using IDNT compute instances, you can use the IDNT SSL Offloading Infrastructure. Special hardware and software takes over the encryption with the client. 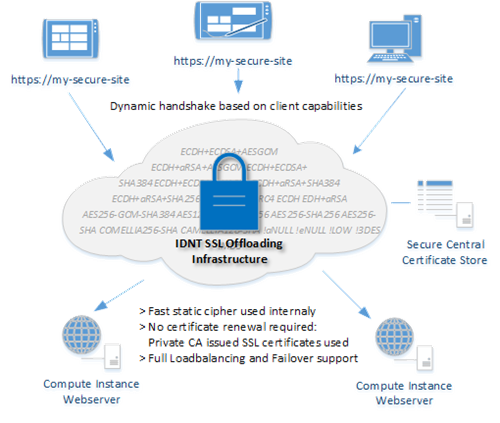 The advantages at a glance

This is part of HTTP load balancing and enables you to create a virtual namespace, for example. Requests are distributed to one or more compute instances according to nearly freely definable rules. In addition to the url path, distribution by country of origin is also possible, similar to DNS-based routing. 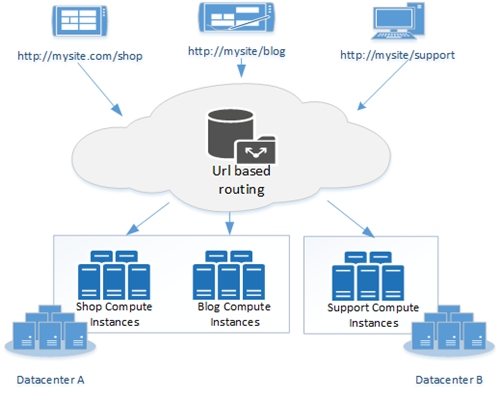 DNS routing allows you to influence DNS responses based on the source address. For example, queries from Australia can be directed to a different address than those from Europe. 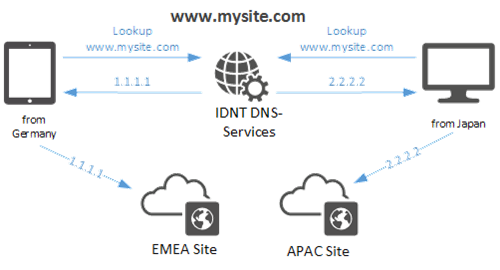 The IDNT Content Delivery Network optimizes loading times for static content such as images, fonts, videos, scripts and stylesheets, which can also significantly reduce the load on your compute instance. Frequently requested content is stored directly in the working memory, which enables much faster response times and deliveries. 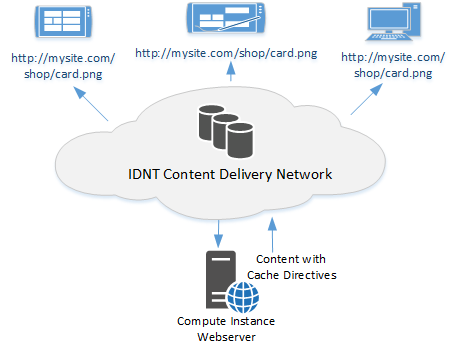 Our (maybe) unique user and rights management enables a detailed control of authentication, authorization and control of user logins on all compute instances and cloud services. Each instance can be assigned to a security group that can contain any number of users. Depending on the operating system, access rights can be precisely defined for each individual user or user group.

Basically, all users of the IDNT Cloud environment only need a single user account. This account can be used for all accesses and is managed by the user himself. The actual user rights are derived from the authorizations that a resource owner, such as a compute instance, grants to a user.

The IDNT user management makes teamwork particularly easy. For example, an employee of an advertising agency can use his or her personal user account to serve several customers. The only requirement is that his customer grants him access to the resources he is responsible for.

A larger infrastructure inevitably means that more users have to be connected to more services and their access to those services has to be managed. To keep this administrative effort to a minimum, users can be grouped together. In user groups identical rights can be assigned, as well as on user level. If these groups are well organized, assigning rights to employees from different departments in your company is only a matter of seconds.

Compute instances can be accessed via SSH or Web and, in the case of Microsoft Windows, can also be accessed via Remote Desktop or Windows Power Shell. The central point of contact is the IDNT Cloud Shell, which can be used to establish connections to compute instances and services via terminals or tunnels. This makes working particularly comfortable and safe. Of course, this can also be used to transfer files via SCP or to establish a direct tunnel connection to a service such as a database.

Connection via Remote Desktop through the RDP Gateway: 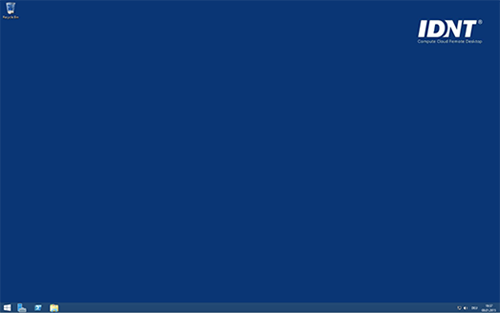 Connection to the IDNT Cloud Shell via SSH:

With IDNT compute instances, private networks at the Ethernet level can also be implemented beyond the boundaries of a data center. These represent a standard Ethernet connection, over which you can use your own protocols or IP address spaces and, for example, services such as DHCP. Using an Ethernet bridge, you can extend your intranet to systems hosted in the cloud, for example, and take over your own address space.

Snapshots are a snapshot of a compute instance to which you can return at any time. This is helpful for example for the installation of software updates, which can be reversed only with great effort. If a snapshot has been taken, you can easily return to the status before the update. 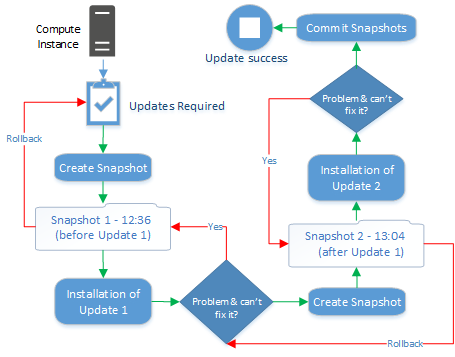